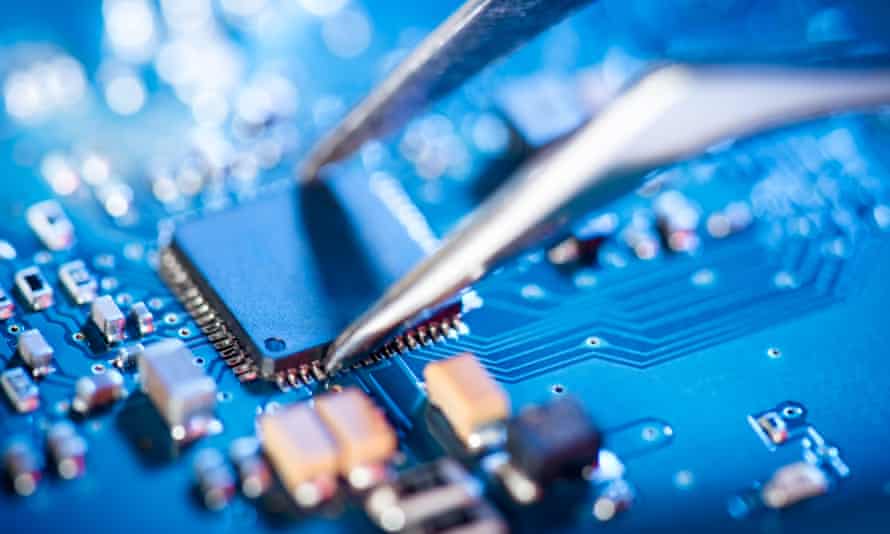 Consumers are facing price rises and shortages of products from TVs and mobile phones to cars and games consoles as a global shortage in semiconductors grows.

The shortage in chips, the “brain” within every electronic device in the world, has been steadily worsening since last year.

Initially the problem was only a temporary delay in supplies as factories shut down when the coronavirus pandemic first hit.

However, although production is back to normal, a new surge in demand driven by changing habits fuelled by the pandemic means that it is now reaching crisis point.

Car manufacturers investing in tech-heavy electric vehicles, the boom in sales of TVs and home computers and launch of new games consoles and 5G-enabled mobile phones have all driven demand.

Even the mighty Apple, a $2tn company and the world’s biggest buyer of semiconductors spending $58bn annually, was forced to delay the launch of the much-hyped iPhone 12 by two months last year due to the shortage.

“Chips are everything,” says Neil Campling, media and tech analyst at Mirabaud. “There is a perfect storm of supply and demand factors going on here. But basically, there is a new level of demand that can’t be kept up with, everyone is in crisis and it is getting worse.”

Ford recently cancelled shifts at two car plants and said profits could be hit by up to $2.5bn this year due to chip shortages, while Nissan is idling output at plants in Mexico and the US. General Motors said it could face a $2bn profit hit.

Last month, Sony, which along with other console makers has struggled with stock shortages over the last year, said it might not hit sales targets for the new PS5 this year because of the semiconductor supply issue. Microsoft’s Xbox has said it forecasts supply issues continuing at least until the second half of the year.

“It is incredible that Samsung sells $56bn of semiconductors to others, and consumes $36bn of them itself, finds it may have to delay the launch of one of its own products,” says Campling.

Samsung’s co-chief executive, Koh Dong-jin, who also heads its mobile business unit, highlighted a significant issue saying that there is a “serious imbalance” in the pecking order of who is getting the limited supplies of chips.

Car manufacturers, who cut chip orders as vehcle sales fell last year, found themselves at the back of the queue when they tried to reorder when the market rebounded. The entire global car industry buys about $37bn worth of chips, with the biggest players such as Toyota and Volkswagen spending more than $4bn each, making them relative minnows for semiconductor suppliers.

“The worst affected have been autos because they were last to the party; if Apple is spending $56bn a year and growing who are you going to keep supplies going to first?” says Campling.

The chip shortage looks set to persist for some time yet. It can take up to two years to get complex semiconductor production factories up and running, and manufacturers are in the process of significantly raising prices for the second time in less than a year.

“There is no sign of supply catching up, or demand decreasing, while prices are rising across the chain,” says Campling. “This will cross over to people in the street. Expect cars to cost more, phones to cost more. This year’s iPhone is not going to be cheaper than last year.”